In Portugal they also make (good) gin. 20 national brands that prove it

It was in the Netherlands that, in the mid-17th century, the physicist and scientist Franz de le Boë, who would come to be known as Franciscus Sylvius, developed what was first a natural medicine to treat kidney disease. Only years later would it be appreciated as a liqueur drink. Made from fruit and/or botanicals and neutral cereals, the gin is the result of a distillation process that many Portuguese companies still continue to develop in an artisanal way.

It is one of the most (re)known. António Cuco, the master distiller who created the brand, started producing it as a joke, in 2013, at a time when he was unemployed but it quickly became a serious case. It went from a homemade drink to a premium gin of praised quality. Sharish gin is made on the outskirts of Reguengos de Monsaraz, in traditional Portuguese stills with quality local raw materials, such as orange, lemon, lemon balm and lemongrass. 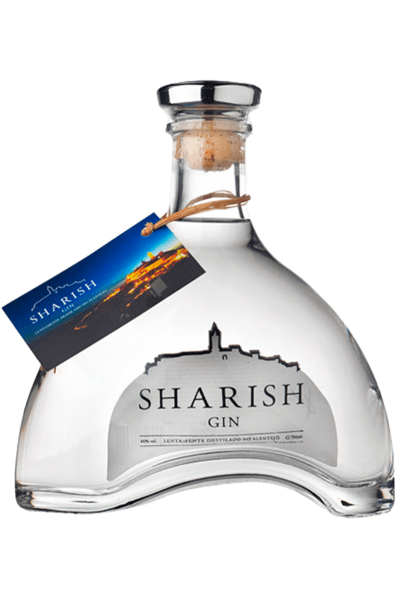 The first gin entirely produced in the Douro is theirs and went to the river, the Portuguese tiles depicting Rabelo boats and the literature of Miguel Torga, who sought the cobalt blue that characterizes it. Cobalto-17, the classic Cobalto Douro gin, distilled in a traditional still and hand-bottled, launched in 2015, incorporates six botanists. After that, the company of winemaker Edgar Rocha and chemical engineer Miguel Guedes launched two more. The Wizzard Blue and The Wizzard Gold. 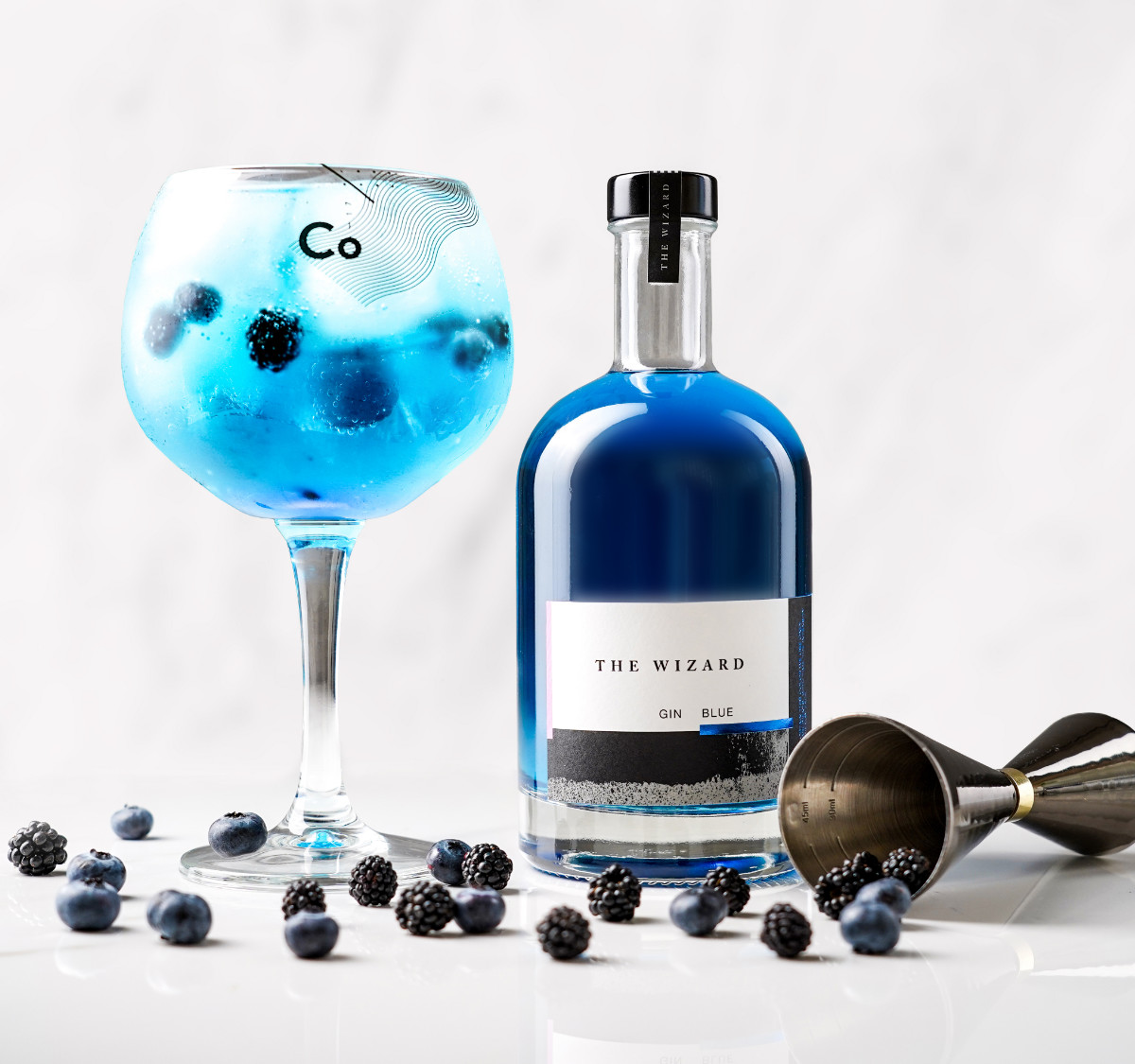 Inspired by family origins, brothers Nelson Rosado and Sérgio Rosado, the singer-songwriter duo that form the musical group Anjos, sought coriander seed from the Alentejo and carob from the Algarve. Then they were joined by nine more botanists and Angel was born, a fresh and aromatic gin, produced by hand at the Portuguese Distillery & Friends, in Fonte do Alqueive, Estremoz, where it is also bottled. It is represented and distributed by Viriathus Drinks, Lda, in Sintra.

In Santiago do Cacém, Alentejo, among cork oaks and holm oaks, in harmony with nature and the region's traditions, where the essences of the land predominate, a dry gin is produced. Black Pig was the first gin on the Alentejo coast. Founded in 2007, the company that manufactures it, moved into production after the inauguration of its distillery in 2018. Made with indigenous biological botanists, carefully picked and selected, it is, according to the brand, the most awarded gin in Europe .

The reunion between the fox and the little prince that Antoine de Saint-Exupéry idealized when he wrote what is one of the most famous children's books in the world was the starting point for the creation of The Fox Tale, a brand of gin that assumes itself as a anthem to friendship. With an herbal taste and a clean, fresh taste, it is available in three varieties. In 2019, he won a bronze medal in this year's edition of the International Wine & Spirit Competition (IWSC). 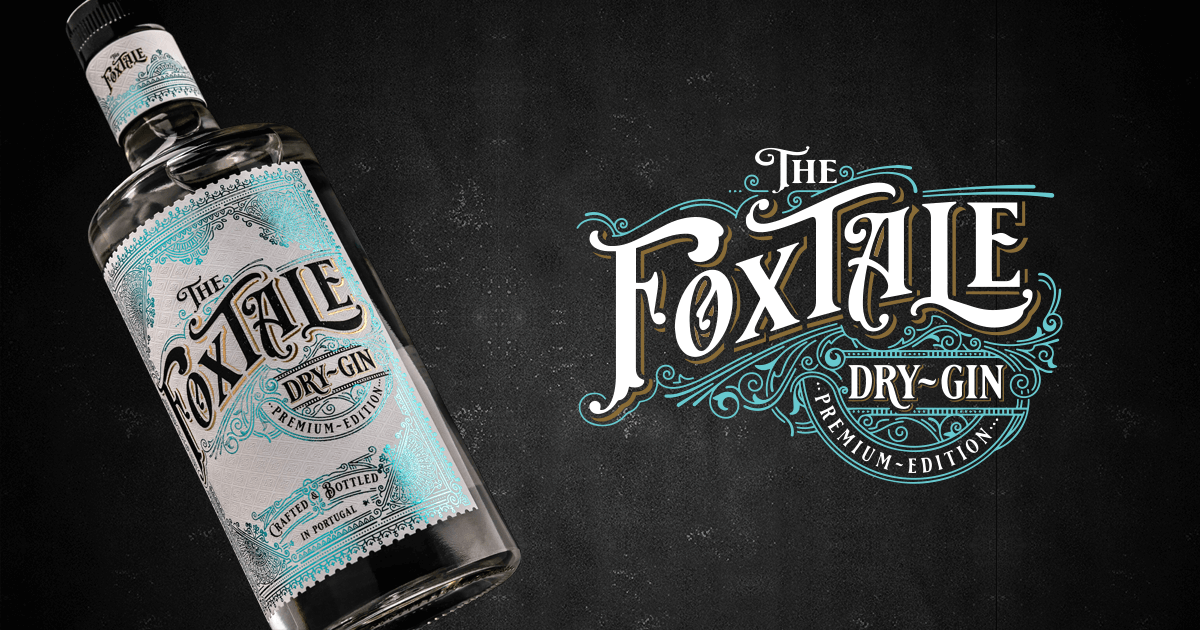 Produced by the company O Benefício Existe, a publishing house with a diversified area of activity that has also launched on the market an olive oil, a backpack made from reused seat belts, a cherry liqueur, two liqueurs and two brandies, one arbutus and one another of fig. Now available in three varieties, Benefício is the first Portuguese gin made from hemp. It was developed during the pandemic in collaboration with the Portuguese company GinT and promises to surprise the market. 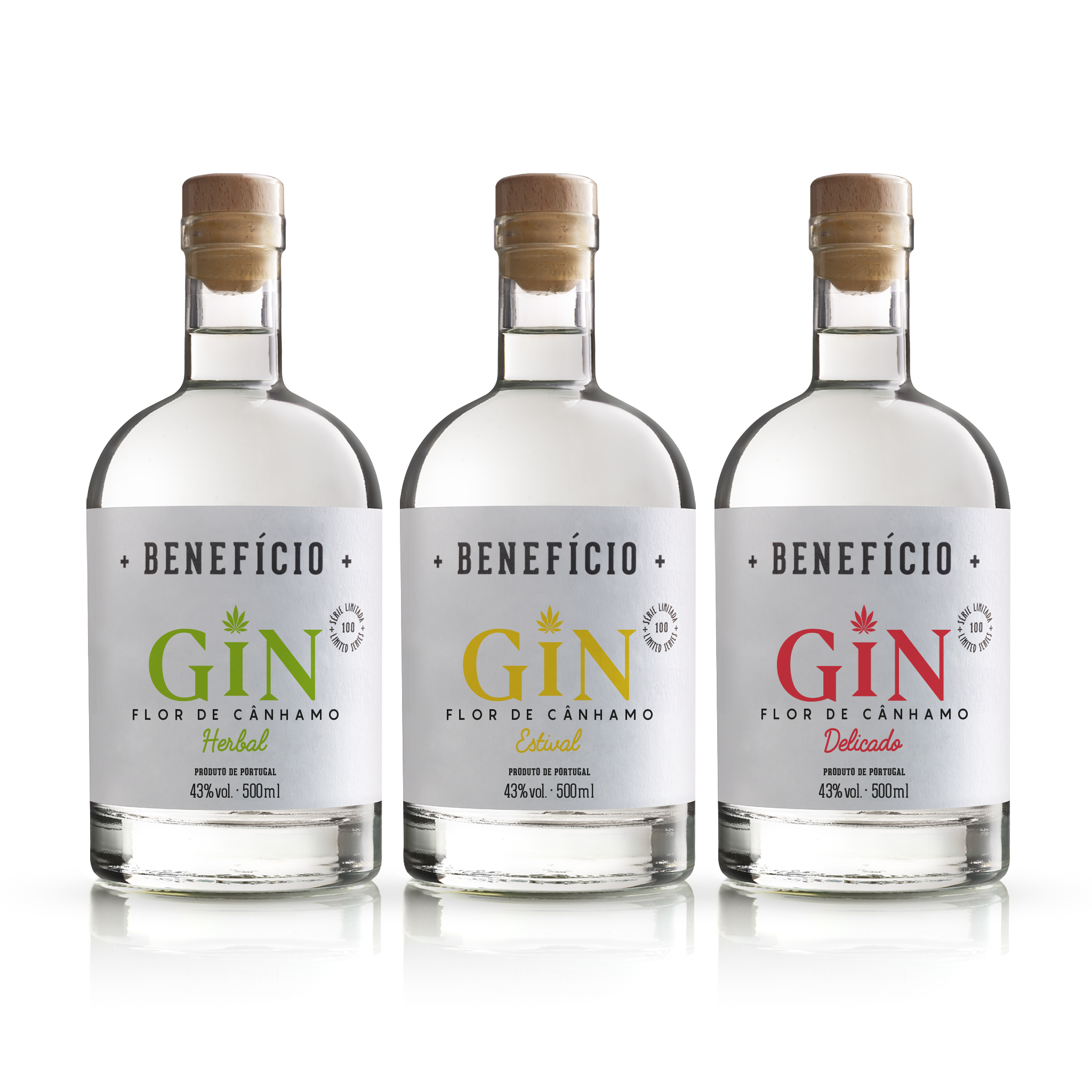 The name does not deceive anyone even though it may leave a lot of confusion. Azor is a premium gin with fruity notes that is distilled in mainland Portugal with the best spices and the best regional products from the Azores archipelago. Submitted to five individual distillations before being sold, it is a drink that aims to pay homage to the Portuguese discoveries. It was created by Marta Pinto, one of the two women in the world who distill gin. 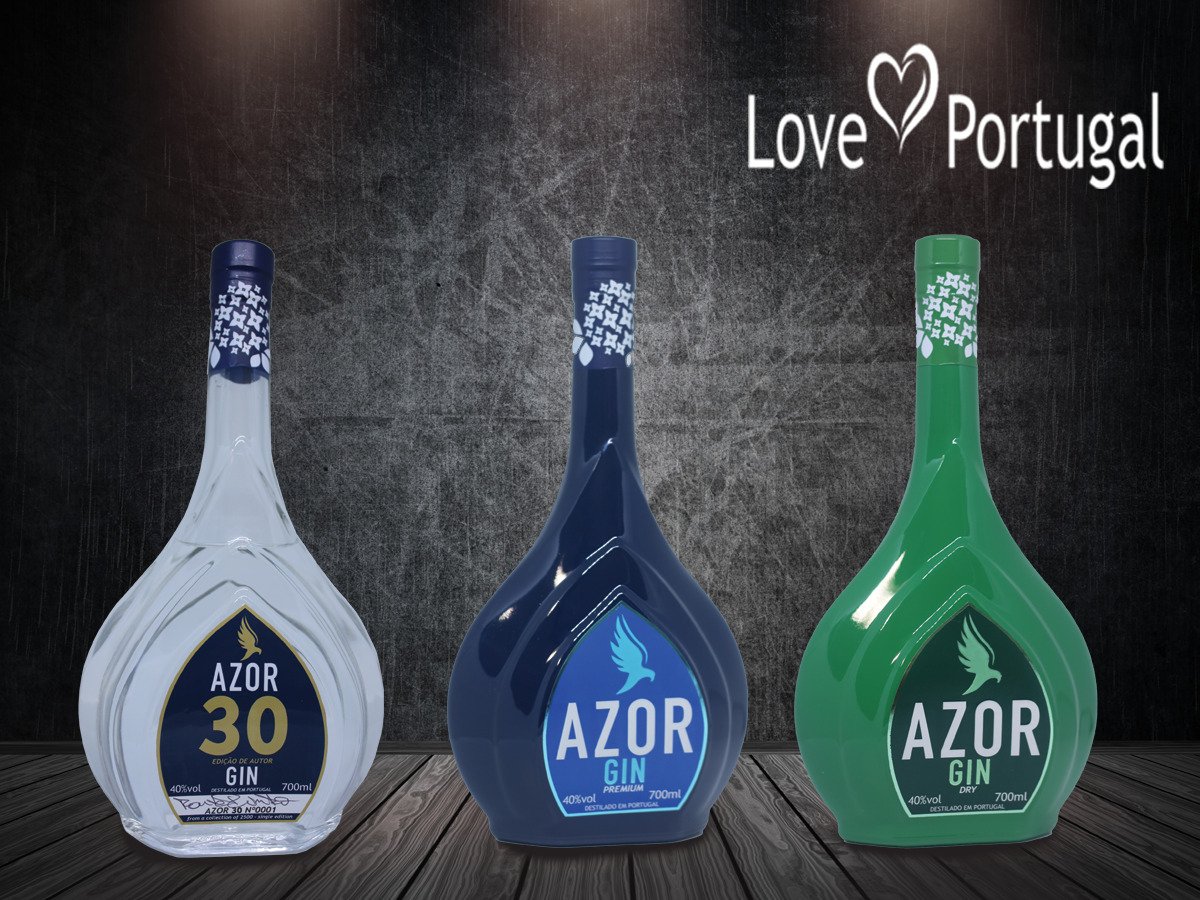 This artisanal gin, produced by MCM Artisan Distillers, in Casal do Picaró, in the municipality of Santarém, is the pride of the four members of the Melícias family involved in the project. Made in a small copper still with a capacity of just 20 liters, the I'MaGin is made almost exclusively with local botanists collected in the bucolic mountain landscapes of the Serra de Aires e Candeeiros Natural Park.

In its manufacture, fruits from the Ribatejo leziria and the pink pepper tree existing in the family's backyard are also used, the botanical variety that appears on the labeling. Lemons are from the backyard. The exceptions are juniper, which does not exist in the region, as well as ash, which comes from a centuries-old tree in the homes of the farmers' grandparents in Torres Vedras. Maximum production does not exceed 1,500 liters per year.

It is distilled in Hamburg, Germany, at Altonaer-Spirituosen-Manufaktur, founded by Stephan Garbe, but it has a Portuguese soul. Its origins are located further south, about three thousand kilometers away, on the Costa Vicentina. It is from there that many of the ingredients used by Gin Sul come from, such as lemons, wild juniper, fresh rosemary and also what is considered its most differentiating ingredient, rock rose. It is distilled the old-fashioned way in a copper still.

They claim to have manufactured the first Portuguese premium gin, but they didn't settle for a single proposal. Developed by Marta Pinto, one of the two women in the world who distill gin, in partnership with the company Caves Neto Costa, on the market since 1931, it began to be marketed at the end of 2019. At the time, the brand already had Commodore gin. 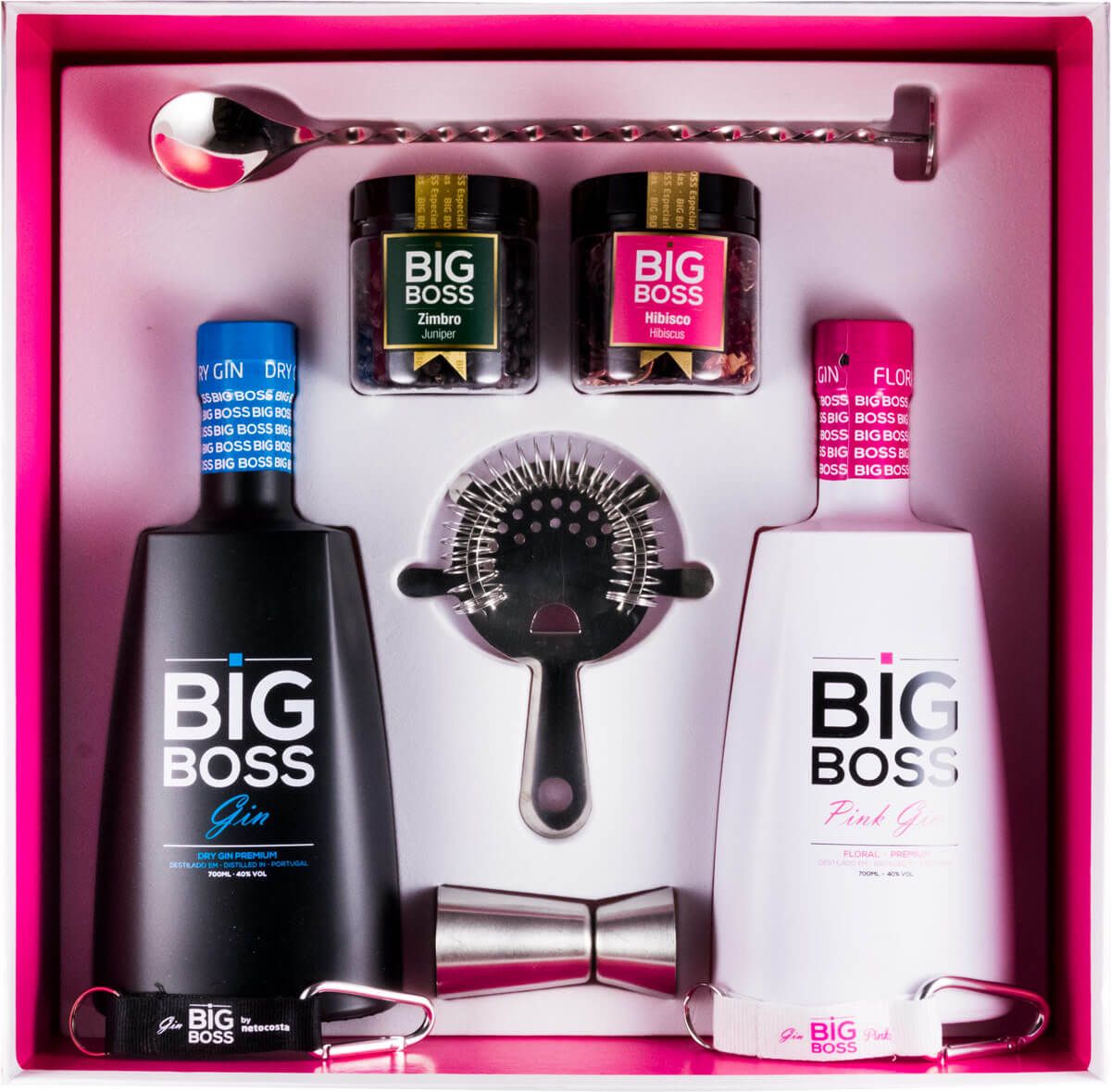 Big Boss Dry results from a formula that includes 11 botanicals individually distilled following artisanal methods, including juniper, angelica root and cardamom. In addition to that, the producer also created a floral gin, Big Boss Pink, with 13 botanicals, including juniper, licorice and red fruits that it uses in its composition.

The factory is located in Verdelho, on the outskirts of Santarém, where Sun Doors is produced, a Ribatejo gin that is smoother and more fruity than its competitors. The 23 ingredients used in its formulation are mostly from the fields of the region. The name comes from Latin and means friends. This Portuguese brand, created in 2016, was born out of a passion for nature and the Portuguese mountains, giving rise to a premium gin that, with the simplicity of its 14 botanicals collected in the Sicó and Azor mountains, started to win international awards logo the following year in Brussels, Belgium. Located in Taveiro, in the district of Coimbra, Amicis has been asserting itself in the market as one of the gin brands of choice for consumers. 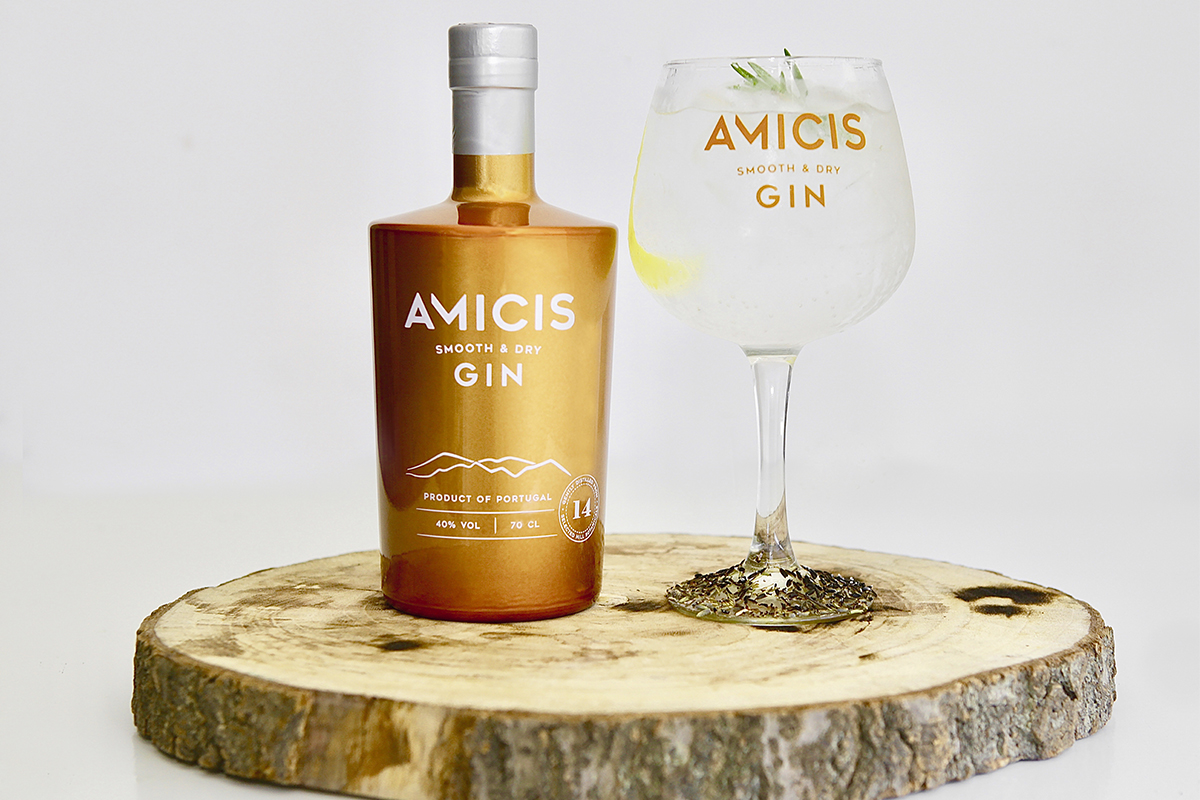 It's named after a wine but it's gin. Produced on the outskirts of Valença, in Minho, an area abundant in fresh herbs and wild flowers, such as dill, blackberry, lemon balm, poppy and rosemary, some of the botanists used in the manufacture of this spirit drink, is still included in the its composition perico, a variety of pear with a bittersweet aftertaste grown locally. The brandy that serves as the basis for the Red is a mixture of rye and barley. The ingredients are macerated slowly in order to maximize their flavors.

It was the first Portuguese rotation gin to be launched in the national market. Made with 13 botanicals, juniper, coriander seed, lemon, tangerine, cardamom, ginger, almond, angelica root, licorice, lemongrass, jasmine flower, black tea and hops, an ingredient used in craft beers, Gin 13 it is distilled in traditional Portuguese stills. The design of the bottle, with a black cat, a clover and several skulls, was inspired by the symbology associated with the unlucky number.

It is the only gin in which one of the botanists is the Bairrada berry variety. The first shipment of this all-organic gin was launched in 2015, with a limited series of 4,448 bottles. Every year, Adamus produces a reduced number of units, a differentiating strategy that it intends to maintain. The explanation is simple. The name they gave it comes from the Greek word adamas, which means diamond. A gem that results from the testing of 86 natural botanists. In the end, there were 18. Most of the production process is manual.

It was the first organic gin in the Iberian Peninsula and is Portuguese. Produced in the factory of the company 3 Bicos, on the outskirts of Évora, Alentejo, using artisanal manufacturing techniques and ingredients of biological origin, it uses organically certified aromatic herbs and malted cereals. The fermentation of what was the sixth bio gin in the world is carried out in copper stills. The only thing that is not handcrafted is the filling of the bottles, since even the corking itself is done by hand.

It is handcrafted from seven individual distillations made with nine botanists. Some are from the Gerês mountains, where the water used in their manufacture also comes from. In addition to juniper and peppermint, it is made with St. John's wort and orange. The maceration process of each botanist is individual and 100% handcrafted. The result is a floral gin with citrus notes, the first in the region, in perfect communion with the natural mountain landscape that gives it its flavor.

It is in Fontainhas, in the municipality of Santarém, that MVP Gin, using ancestral distillation techniques in copper stills, at the expense of the latest technology, gives rise to Gotik, a spirit drink that has won several national and international awards. At the origin of the brand, which produced the first Ribatejo gin and already has three varieties, is a butter squash producer from the region, who advanced the project with four other entrepreneurs. 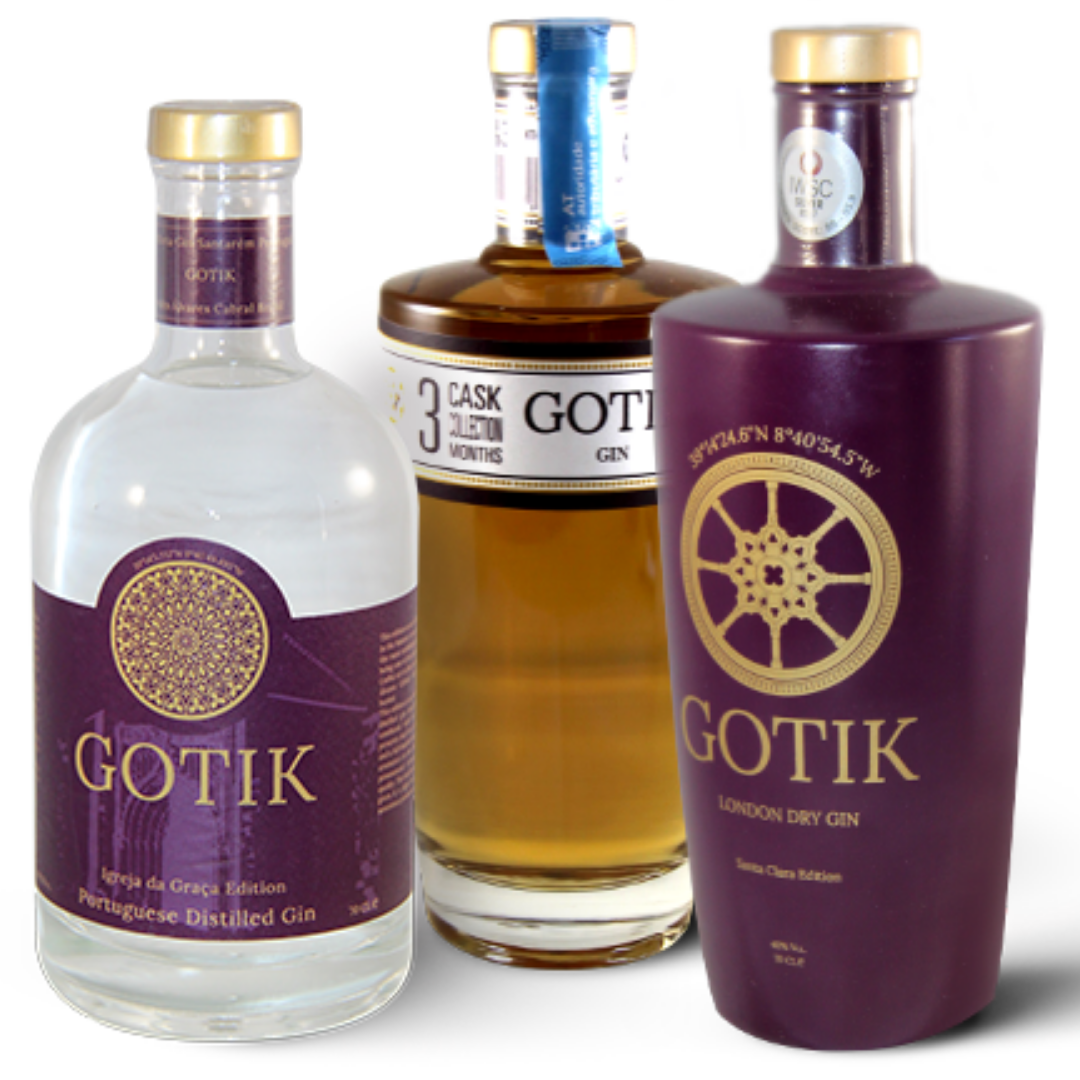 It is one of the brands of Caves da Montanha, a Portuguese beverage company based in Anadia. Friday Chic is a premium gin aimed at a sophisticated, cosmopolitan, ambitious, demanding, traveled and curious consumer. Produced in an agricultural and winery environment, with four essential botanicals, juniper, cardamom, orange blossom and vine leaf, it is a versatile and elegant drink, with a sweet touch and a warm and fruity aromatic aftertaste. 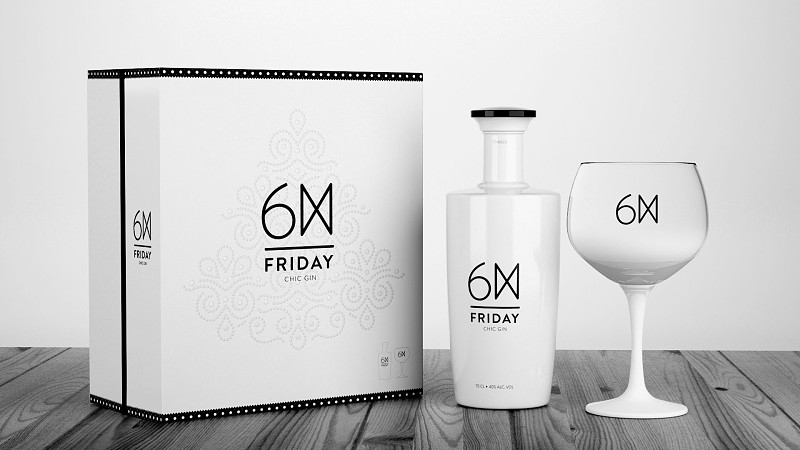 GinT Rubro was the first to be produced by GinT, a company founded by two friends with Trás-os-Montes and Azorean roots, Tiago Sanches and Rute Silva. With a forest aroma, resinous, acrid and at the same time fresh, it opened doors for the launch of other brand proposals, such as GinT Heads & Tails, GinT 202X, GinT Hysson and GinT Spirit. Headquartered in Guilhabreu, in the municipality of Vila do Conde, the company has an online store that also sells chocolate with gin.

To be determined Shipping
0,00 € Total

has been added to compare.
has been removed from compare.
Continue shopping Compare