Sour grapes, The story of the colossal fake wine fraud

Jerry Rothwell and Reuben Atlas count in the documentary "Sour Grapes", which can be seen on Netflix, the biggest international scam ever involving wine. Eurico de Barros gives you four stars. 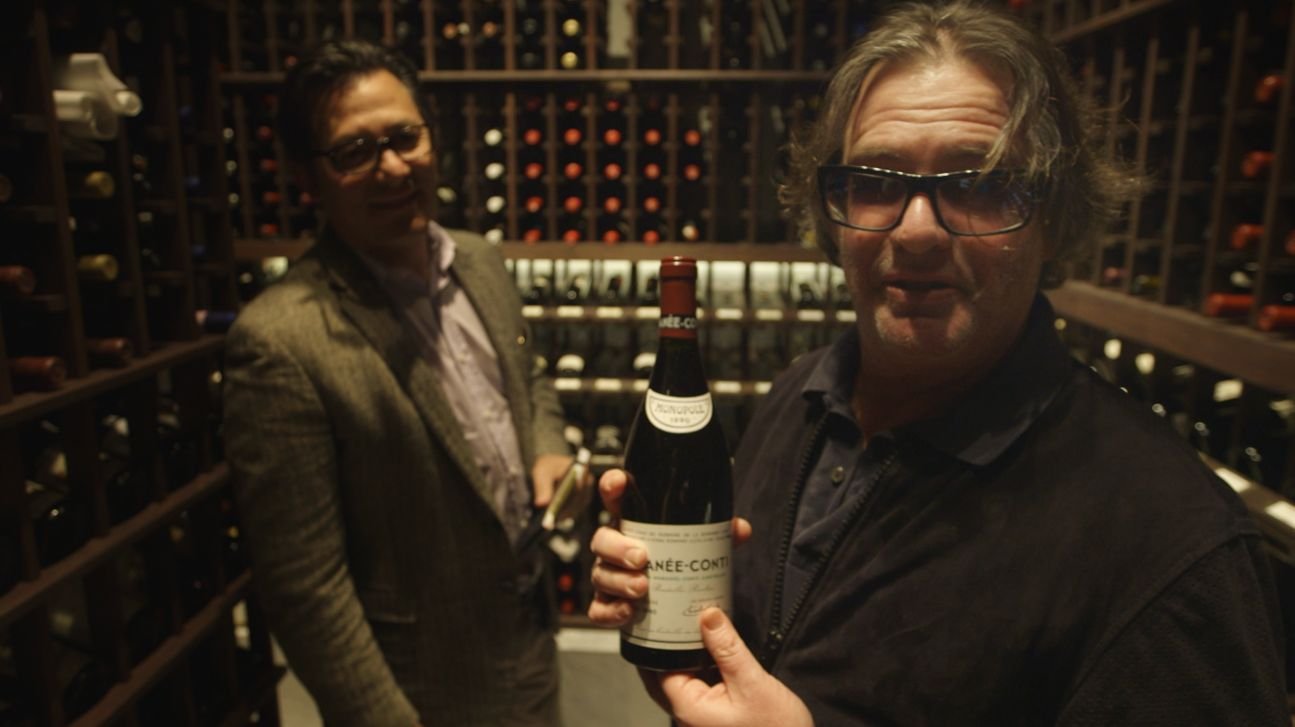 Millionaires who collect wine like ordinary people collect stamps or matchboxes and have huge “high tech” cellars with over 40,000 bottles; auctions where bottles of rare wine can reach tens of thousands of dollars; dinners where you drink wine worth more than 100 thousand dollars. This is the medium portrayed by Jerry Rothwell and Reuben Atlas in the 2016 documentary “Sour Grapes” (only passed on festivals and televisions and has now been “recovered” by Netflix), which investigates the biggest international fraud ever with fake wine, perpetrated in our century by an Indonesian, Rudy Kurniawan, the first man convicted of the crime of counterfeiting wine in the USA. (He was released this month and deported to his country).

Like many other con artists, Kurniawan was affable, outgoing, insinuating and generous. And a great connoisseur and wine collector, who owns a palate that friends classified as almost supernatural. He appeared among American wine collectors even in the late 1990s, at the same time as a new, affluent, exhibitionist generation of connoisseurs, who paid colossal sums at specialty auctions. With wine transformed into another tradable good, Kurniawan began to bid for small fortunes, inflating the market and then selling his bottles at prices only within reach of the rich and famous with whom he ate and drank, whose houses he frequented and accompanied in auctions.

A good part of the rare wine that the con man traded, through the specialized auctioneer of a merchant friend who was drunk on the profits he provided him, was false.When in March 2012 the FBI entered the expensive Californian mansion where Kurniawan lived, he discovered that this was a vast underground cellar, where in addition to hundreds and hundreds of bottles, there were several tools and large quantities of counterfeit stoppers, seals, and labels. This operation received and channeled funds to and from Kurniawan relatives in Asia, who were very far from being smelling flowers. One of them had even been at the origin of one of the biggest financial disasters in Indonesian history.

Drawing on the comments of writer and wine critic Jay McInerney, the two authors of “Sour Grapes” reveal how Rudy Kurniawan's scam was eventually discovered and the subject of a federal investigation. And this thanks to the determination of Laurent Ponsot, a prestigious French producer of Burgundy wines, who did not rest until he detected who was faking wines under his name, Ponsot Clos Saint-Denis; and American Bill Koch, a multimillionaire wine collector who put his own private investigator and a former CIA agent to investigate Kurniawan, its origins and its money.

Rothwell and Atlas also underline the credulity of the swindler's friends and close friends and with whom he did his wine transactions, some dazzled by the image of "cool guy" with bottomless pockets and a profound knowledge of wines that he projected, others enthusiastic about the money that was getting into their cash registers. And in such a way, that some of those that Kurniawan deceived with bray to pass for rare and expensive wine, still give him the benefit of the doubt and minimize his actions. While others never came forward to denounce it, keeping silent and keeping the fake wine they paid for as real.

This detailed, absorbing and very curious documentary thriller about a scam of tens and tens of millions of dollars in a closed environment and with little media visibility, that of wine and the collectors of rare brands and denominations, is also a trip to the world of the very wealthy who apply, with more or less taste and happiness, their earnings, in collections of goods inaccessible to the portfolio of ordinary mortals. In the case of “Sour Grapes”, wines paid by weight of gold that, for the most part, will never be drunk and will be kept in the air-conditioned darkness of their cellars. And how many more Rudys are going around to market cat for a poke in top-of-the-range wines?

“Sour Grapes” is available on Netflix

To be determined Shipping
0,00 € Total

has been added to compare.
has been removed from compare.
Continue shopping Compare